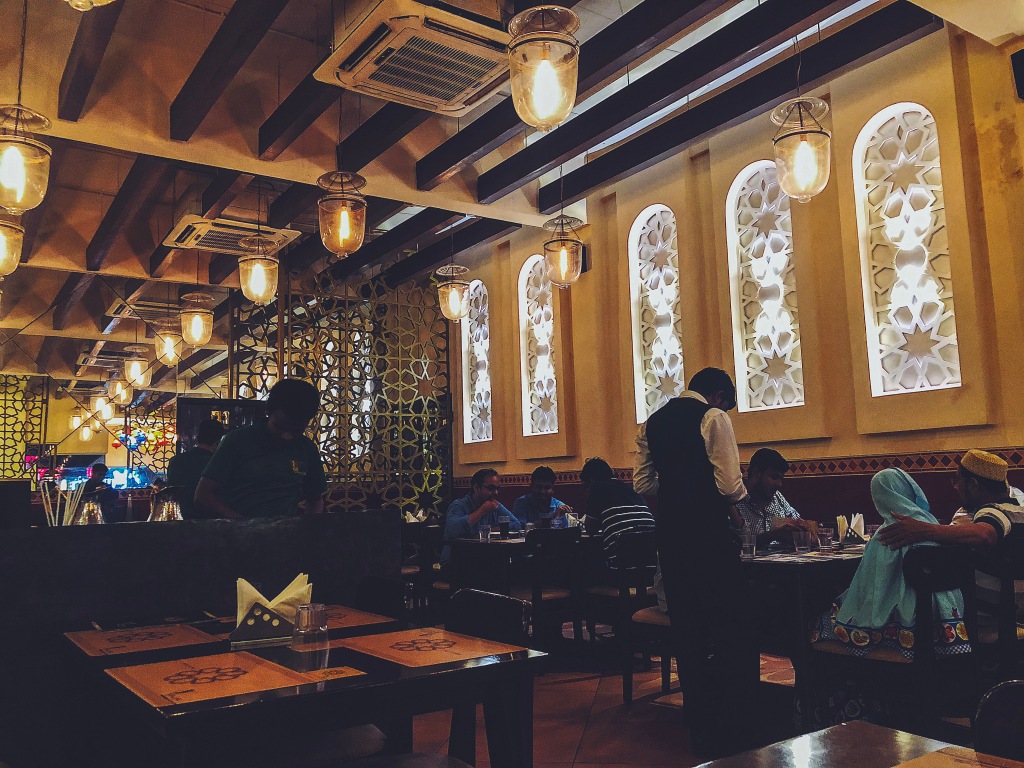 There’s so much to experience in the world we live in, the number of places to visit is far too much compared to the days you have on this planet. Just like that, having to visit every single eatery in this world is as good as a task in Mission Impossible, except maybe this mission will be impossible. So here I am in Koramangala, one of the most crowded places in the city of Bengaluru, trying to explore a new restaurant and feast on something tasty. I landed in Sharief Bhai, probably one of the very few genuine Muslim cuisines available in our city. Yes, there are many who claim to be very genuine and the best at what they do but only few live up to their standards and Sharief Bhai is one such place where you truly will be in love with the food they serve.

I knew that the one dish I would definitely try was the Mutton Biryani, but to get there I took a couple of deviations by having a soup and two starters. Murg Shorba is a clear soup with finely chopped pieces of chicken that tastes more like a spicy bowl of curry that is not very thick in nature. The soup is a good way to start off your adventure as it sets the emotion for the rest of the journey.

Kal Mirchi Murg ki Sukhi Phaal is one of their specialities offered in the restaurant. The main reason for this is that the dish is half cooked on stone and later cooked on a tawa. This is not something that is available in most of the places although you would find them on the streets as part of the local food cuisine. This dish is spicy as it is cooked in pepper, spices, onions, and coriander. It is a boneless chicken dish that is flattened during the cooking and eventually blended in the spices. I have had this during the Ramzan food festival in the streets and I must say the taste certainly differs, I loved both the versions and I would suggest that people do give this a try.

Egg Pakoda is a mere take on a street side pakoda dish, nothing fancy about this one. The pakoda is slightly crispy, well cooked and fried, the eggs used were fresh and the taste was better as lentil batter was used.

I have always enjoyed a good Muslim style biryani for many years whenever I have gone to my friend’s place during their festivities. They prepare their food with so much love that it is impossible for the taste to go wrong and this holds true even at Sharief Bhai. The biryani is very genuine to the Muslim cuisine and I absolutely loved it, I must say the Mutton Biryani is a true winner.

Murg Boneless Chicken Biryani is a little bland as the meat is not cooked along with the rice instead boneless chicken is just added to the rice thus reducing the true taste of a biryani. This would not be the ideal dish for a true biryani lover.

The Har-dil-Azeez Gosht Biryani is truly a gem; this mutton biryani is well cooked, the lamb is finely chopped, very few pieces of meat was a huge downside even though they are available in two different portions, small and large, I would say the meat to rice ratio is very bad. The rice is cooked well with the few spices used to enrich the taste; however it is the mutton that provides the true flavour to the rice.

Lastly, the Mathka Phirni was the deal breaker. I entered the place looking for some amazing Biryani but this dessert was so tasty and worth every penny that I must say, if you do not try the biryani then please do not miss out on this particular dessert. This has to be one of the best Phirni’s I have ever had. Phirni is a rava based dessert which is made of milk, dry fruits, and Khova. The dish is served in an earthen pot as well to add towards the genuine aspect of the cuisine.

If you are a lover of the Mutton Biryani and Muslim cuisine then Sharief Bhai is indeed one of the places you should visit. You can find them on 66, Ground Floor, JNC Road, Koramangala 5th Block, Bangalore and 10, M.M Road, Near More Super Market, Frazer Town, Bangalore.

This site uses Akismet to reduce spam. Learn how your comment data is processed.